Problems faced when sourcing for freelancers

As the number of freelancers grows in terms of supply and demand, businesses might start to consider outsourcing some jobs to freelancers if they haven’t already done so. While freelancers can bring about benefits such as a reduction in labour costs as well as higher flexibility, it is important that businesses understand how they should go about looking for the right people for the job. They should also realise some of the problems and difficulties faced by employers when they source for freelancers so that they can avoid similar problems as much as possible.

Quite a few people have heard freelance horror stories in which the working arrangement proved to be disastrous for at least one party, leaving them unsatisfied with the outcome. These stories can perpetuate misconceptions about freelancers that are deterring employers from working with them. To counter this, many freelance websites implement a review system to attest to a freelancer’s credibility and aptitude. Reviews are important; they let an employer gain more details about the freelancer that might not have been disclosed in their profile or job description. Freelancers with many 5-star reviews are typically more trustworthy in terms of the work they produce since continuously good customer testimonials demonstrate that the freelancer is able to maintain their work quality throughout different projects.

However, if one is not too well-versed with freelance platforms, they may not be able to identify which freelancers are able to produce work of a higher calibre. For instance, an employer interested in working with a graphic designer might come across a freelancer boasting several four- and five-stars reviews, with  just one poor review, and average a rating of 4 stars.

This person may seem like a decent choice. However, the employee should first take into account the proportion of good reviews to bad reviews. Subsequently, they should estimate the probability that the collateral produced will be of subpar quality, as well as the importance of the project that needs to be outsourced. Of course, this does not mean that employers should focus too much on negative reviews, but it can reduce the uncertainty regarding the quality of work a freelancer produces and save a lot of time and money if the potential candidate was not in fact qualified to handle the project.

Not only do freelancers with many reviews have more experience, but they are also perceived to be more capable and efficient, thus leading to higher expectations. Being able to meet these expectations consistently is no mean feat, which is why they are able to charge higher prices than their peers who have taken up fewer freelancing jobs.

That said, even if a freelancer receives rave reviews, it does not necessarily mean that they will be cut out for the job you give them. A freelancer may not be for a job or project that involves skills and knowledge beyond their scope even despite all the experience they have gained. As such, it might be a good idea for a business to have a chat with a freelancer they are interested in working with in order to find out more about their past experience. A conversation about what a freelancer has dabbled in can help an employer determine more accurately if the freelancer is really up to the task.

There are a variety of platforms that employers can choose from when they are considering working with a freelancer. Companies like Freelancer.com, Upwork, and Fiverr have established themselves as spearheaders of the freelance website industry. With more websites available and an increase in freelancers registering on each website, that means more choices that employers can look into and a bigger pool of prospective freelancers to work with. However, the sheer number of choices can also overwhelm and paralyze employers who find themselves worrying about opportunities costs and hence being unable to make a decision.

Known as the paradox of choice, this phenomenon occurs when a person is faced with so many choices that it takes too much effort to decide on the optimal choice. An abundance of choices can also lead to higher dissatisfaction with our choices. In essence, the more freelancers an employer can choose from, the more disappointed an employer becomes if they start finding fault with the freelancer they chose to work with due to the high opportunity cost incurred.

Working with a freelancer from a specialized platform can also be more suitable for an employer as opposed to outsourcing work to someone they found on a freelance marketplace. While freelance marketplaces such as Upwork and Fiverr offer a larger variety and range of freelance talents, specialized freelance platforms such as Toptal and Ravenry feature more highly skilled knowledge workers such as project managers or researchers. If a project is of a more specialized nature, a business should consider working with freelancers from specialized freelance platforms to ensure that those working on their project have the appropriate skillset and level and can deliver the desired results.

Ravenry also implements a human recommendation system in which freelance talents are carefully curated and handpicked by staff to ensure that the selected talent meets all of the employer’s requirements. Clients can speak up and establish from the get-go the type of talent they are looking for; Ravenry gets back to the client with the most suitable talent within 24 hours.

As one can observe on freelance marketplaces, there is virtually no shortage of the types of services being provided. If an employer explores the “digital marketing” section of Fiverr, they would realize that there are many subcategories such as “social media marketing,” “search engine optimization (SEO),” “public relations,” and even more obscure ones such as “music promotion.” But while there is a plethora of job categories available on freelance marketplaces, are all of the jobs featured really suitable for being outsourced to freelancers?

Some jobs require employees to have a deeper understanding of the company, especially if the role lasts for a longer time. For instance, operations managerial roles involve the administration of business practices to boost a company’s efficiency to the highest level possible. This requires operations managers to recognize the intricacies of their companies, which can take quite a long time. As such, appointing a freelancer to undertake an operations management role might not be the best idea. If a company has to spend time and money on training freelancers, the incurred costs might end up higher than simply training a permanent staff member.

Meanwhile, workplaces that roll out more projects may find that enlisting the help of a freelancer could be benefical. In particular, writing and translating are roles that are commonly outsourced to freelancers due to their project-heavy nature. While freelancers in such a role do still need to have a rough understanding of the company they are working for, it is much less intense than for roles such as sales and operations management.

A number of freelancers are receptive to feedback and criticism and are willing to make minor revisions to the work they have produced. However, some are less so and do not allow editing of the work they have produced. Several freelance platforms have rules in place that protect their freelancers and prohibit modification of content that has been copyrighted by a freelancer. This comes as an obvious detriment as the freelancer’s fees have already been paid for, yet the work is not quite what the employer is looking for.

At Ravenry, clients are allowed to request unlimited edits until they are satisfied with the output. This ensures that the product is exactly what the client needs without compromising on quality.

An issue that can occur with freelancers from any industry or sector is poor communication. That is not to say that a party is necessarily responsible for communication issues that occur in a working arrangement. A possible problem could involve a great difference in time zones, which can it difficult for the freelancer and the employer to coordinate their schedules and arrange a time to consult one another.

Other times, the freelancer and employer might be located in the same region, but may still be hard-pressed to find a time that works for both of them, especially since the day to day schedule of a permanent staff member and freelancer can be quite different. While this issue is commonly mitigated or resolved by the use of web conferencing, the parties involved in the work arrangement might find it more beneficial to meet up face-to-face to discuss the project at length.

A company looking to outsource its work may require a freelancer to sign a non-disclosure agreement to ensure that sensitive information involved in the work will not be made available to any other parties. However, many freelancers are unwilling to sign such confidentiality agreements as they may be working on multiple projects simultaneously. Signing the agreement may mean that they are prohibited from working on similar projects at the same time or in the future.

Many freelancers also build up a portfolio of work they have done for previous employers in order to build and showcase their experience to other potential employers. Non-disclosure agreements prevent them from including the concerned project in their portfolio, which can be considered to be a caveat for some freelancers.

Working with freelancers can be incredibly rewarding for businesses since they promote several benefits such as a decrease in labour costs while also keeping things more flexible for businesses. There are definitely some problems that businesses may encounter when looking for and working with freelancers but such problems can be avoided or at the very least ameliorated if the business can identify common issues and take steps to prevent them.

Ravenry is an on-demand platform that connects you with Asia’s top 5% of writers, analysts, and consultants within 24 hours, so you can save on all that interview time. A strict vetting process is also of top priority, so you can be certain to get matched with only talents of the best quality, catered to the productivity needs of your business.

Hire a freelancer
Join as Talent 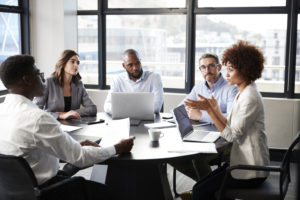 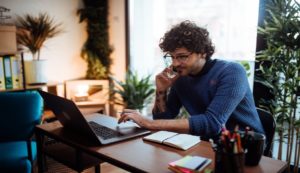 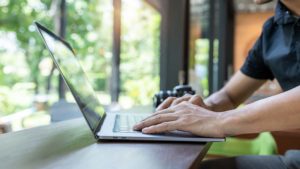